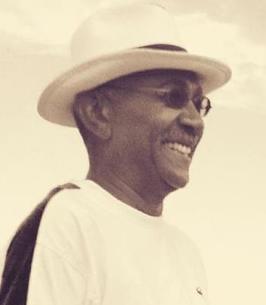 Michael Reed of Carlisle, PA and formerly of Manie, passed away peacefully in his home Monday, August 1, 2022. He and his wife, Allison Thorne, arrived in Pennsylvania July 9th where he continued his hospice care. Michael had a goal to meet, to get to Carlisle and of course set up his music and books. He achieved that through sheer determination and strength of spirit. In addition to his wife he is survived by three children; Anthony (wife, Crystal) McNeal, Michael Reed, and Lauren Reed; two step-children; Jeremiah Chila and Jessica Chila; three siblings; Bobbett Kahn, Keith Reed and Jessica Reed; and several grandchildren. Michael is preceded in death by his parents; Robert and Mary (Tugard) Reed.

Below is a wonderful tribute by Clayton Rose of Bowdoin College Michael’s last place of employment and our home in Maine that Allison would like to share.
To the Bowdoin community,

I am very sorry to write again today with sad news. Our friend and former colleague Michael Reed—who served as Bowdoin’s inaugural senior vice president for inclusion and diversity—died today, having succumbed to cancer while in hospice care in Pennsylvania. He was sixty-nine years old.

As I wrote to you at the time of his departure from the College last September, Michael led an accomplished career in the work of diversity, equity, and inclusion (DEI), and he played a pivotal role at Bowdoin as we established the Office of Inclusion and Diversity and embarked on sustained work focused on racial justice. He was instrumental in enhancing the recruitment and interviewing process for new faculty and staff through training and with direct engagement with the hiring process. Michael was also a trusted confidential advisor and sounding board to students, faculty, and staff who also worked directly with our trustees, especially with the board’s Committee on Inclusion. He was also a friend and a deeply valued advisor to me and our senior staff, serving our college with empathy, candor, and good humor.

From 2006 to 2014, Michael served as vice president and a member of the senior leadership team at Williams College, his alma mater. He established Williams’s Office for Strategic Planning and Institutional Diversity and helped implement a plan for expanding institutional inclusion and diversity, working with stakeholder groups including students, faculty, staff, alumni, and the board of trustees to help articulate, develop, and implement strategic approaches to diversity. During the 2009–2010 academic year, he also served as interim vice president for alumni relations and development at Williams. While at Williams, he was instrumental in creating the Liberal Arts Diversity Officer (LADO) consortium, a vehicle for chief diversity officers working in liberal arts settings to collaborate and learn from one another and to provide leadership in implementing and publicizing effective diversity strategies in higher education. Thirty-three liberal arts colleges are now LADO members.

He later served as vice president for institutional initiatives at Dickinson College, where he was also chief diversity officer and deputy Title IX officer. His primary focus was guiding and coordinating institutional efforts to increase inclusion, diversity, and equity within Dickinson and in the broader community, and during his time there Dickinson saw the largest increase in faculty diversity in its history.

Michael also established and led Consulting Works, LLC, where he conducted culture change and diversity workshops for clients both domestic and international, including educational institutions, nonprofits, and local and federal governments. His influence was felt in dozens of organizations—in global conglomerates like Price Waterhouse and IBM and in influential media organizations like USA Today and The Washington Post.

When he left the College last fall to focus on his health, Michael said his goal was to leave behind “an infrastructure that can sustain the College’s efforts to continue to be more diverse and inclusive—regardless of who is at the helm.” We are all the better for Michael’s contributions, and we will remember and honor him best by continuing to make progress every day on the work that he began and led so very well.